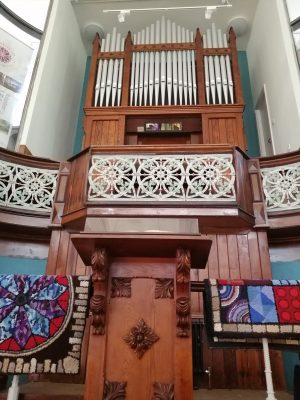 Get yourself in the mood for Christmas as internationally renowned organist Drew Cantrill-Fenwick plays our fabulous organ, built by Durham organ builder, H. J. Nelson & Co in 1900 and restored as part of the recently completed National Lottery Heritage Funded project. Drew is one of the UK’s most experienced and versatile church musicians. His career has taken him to three continents, working in schools, churches and cathedrals, and he has appeared in some of the world’s most prestigious venues as conductor and organist.  He is a Fellow, prize winner, and former councillor of the Royal College of Organists, tutor for the RCO Academy, and examiner for the Associated Board of the Royal Schools of Music.

Tickets are now available from The Hive or by email to manager@hivenenthead.co.uk.

There is no charge for this event but donations to the organ fund would be most welcome.