Thanks to the purchase of the building shell by the Nenthead Chapel Enterprise Ltd – a not-for-profit community benefit society – and its subsequent securing of a Heritage Lottery Fund grant, the building has been saved and is now back in daily use.

The chapel was in a semi-ruinous state after 15 years of neglect and lack of basic maintenance.

Holes were forming in the roof coverings. Only the quality of the original timber roof and floor structures saved the building from more serious damage.

The overriding design intention of the restoration project was to retain as much of the intact interior as possible, not just its individual features but also its collective layout. Intervention was minimal and the openness of the space within the chapel was maintained.

The exterior of the building saw significant work with the roof re-slated, walls re-pointed in lime mortar, dressed stone details were repaired and the timber window frames were removed and sensitively repaired. 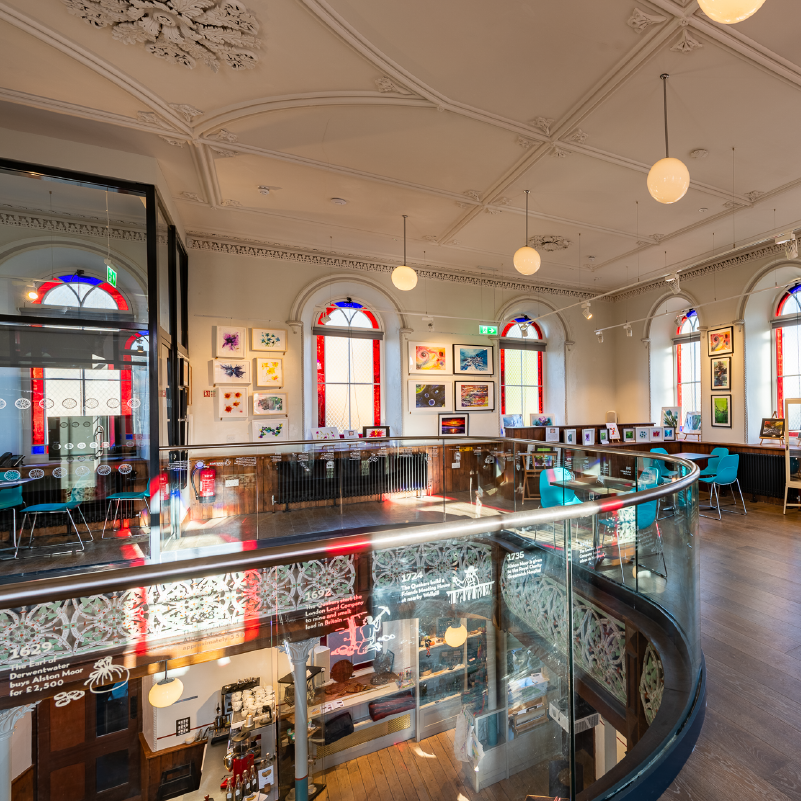 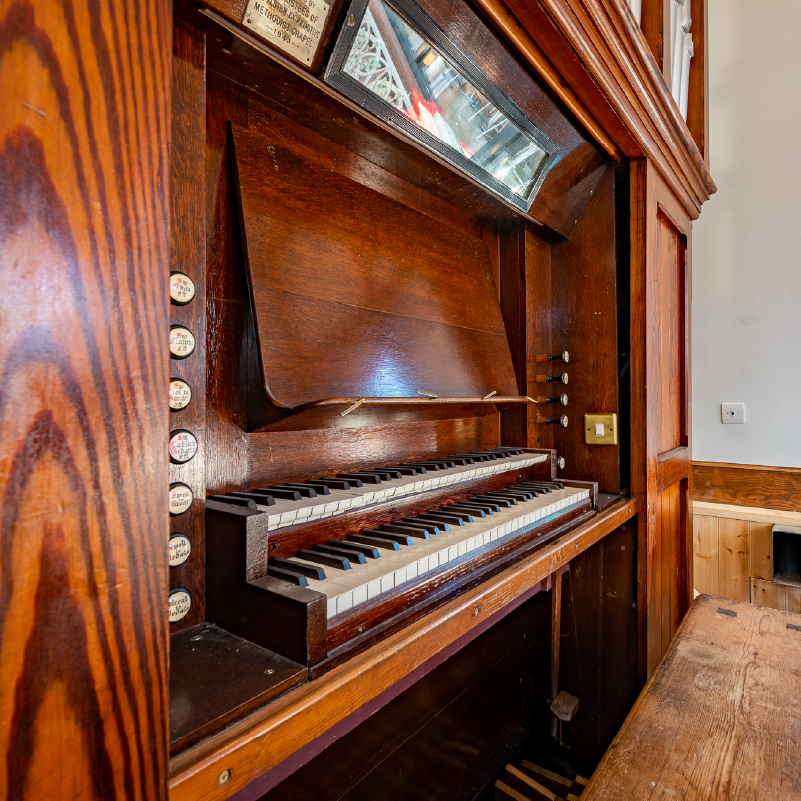 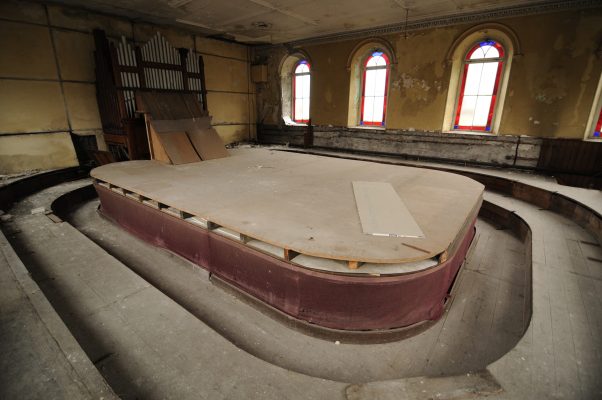 The first floor was in the worst condition and this is where most plaster repairs were carried out.  A new decorative scheme was implemented. The internal metalwork of balustrade, communion rail and columns were redecorated, steered by historic decoration research.

On the ground floor the main space became the café area with loose tables and chairs in place of the pews, the majority of which were removed. The serving counter was constructed from recycled pew backs and some of the pews were shortened to create bench seating for larger groups.

A new extension was built to house the kitchen. The upper floor, a raking gallery, had its floor levelled so it could be used for flexible seating and a gallery space.  New meeting rooms and workshops were created using contemporary styled glazed screens.

The chapel centrepiece is a fully restored organ which sits majestically above the original altar and pulpit.

The chapel officially re-opened its doors in August 2019; testament to the vision of those who fought to save it. The outcome has reinvigorated this community facility and safeguarded a precious local landmark. The project has made Nenthead a destination on the coast-to-coast road as well as an important attraction in the North Pennines Area of Outstanding Natural Beauty.